Print
Steve Gurney is well known as that “Crazy Coast to Coast Guy” and has the nick name GOONey – Goons for short. He has raced the Coast to Coast 15 times and has won it a record 9 times (a record 6 consecutively). Steve also won the Mizone... 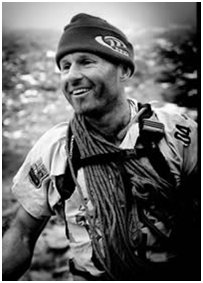 Steve Gurney travels from International
Fee Range: Up to $5000

Steve Gurney is well known as that “Crazy Coast to Coast Guy” and has the nick name GOONey – Goons for short. He has raced the Coast to Coast 15 times and has won it a record 9 times (a record 6 consecutively). Steve also won the Mizone Endurazone (Bluff to Reinga in 28 days) and the MSOQ in China. He invented a bike with wings, was poisoned by bat dung while racing in the Borneo jungles and nearly died.


Steve Gurney has a long history of racing innovations, some sensible and some wacky – like the Evolution Kayak, now the accepted standard in NZ racing kayaks and the controversial (and consequently outlawed) fully enclosed Pod which shaved a massive 30 minutes from the final cycle leg of the Coast to Coast. Steve graduated from Canterbury University in 1986 with a mechanical engineering degree and worked as a professional engineer for 4 years before pursuing his sport as a professional athlete. He currently runs a small engineering design company in conjunction with his sporting pursuits, so he is no stranger to the challenges of the business world. He also writes regular columns for the NZ Adventure magazine, NZ Triathlete magazine, Total Control magazine and is currently writing a book on preparing for the Coast to Coast race.
Steve Gurney travels internationally to compete in Adventure Races - the most enduring of endurance races. Traversing the jungles, swamps, rivers, seas, deserts and mountains as a team, the athletes navigate their way through the course by foot, horse, raft, kayak, bike and sometimes camel. For 8 to 10 continuous days, they sleep only when they dare. Steve has interesting tales to tell that will make you cringe, cry and laugh. Ironically it was one of these adventure races that toppled Steve from his reign as NZ’s winning multisport athlete. Infected by bat dung as they raced through the Mulu caves, Steve suffered circulatory collapse and pulmonary oedema followed by renal failure. This saw Steve dragged through intensive care wards in Malaysia and Singapore coming very close to death. It is Steve’s fight back to winning form in just 2 years in the face of skepticism, doubt and uncertainly of health that has spawned many requests for speaking engagements. In 2002 Steve won the Canterbury Sportsperson of the Year and was nominated for the Halberg Sportsman of the Year Award. He has also appeared on national television shows namely “Strassman”, “What Now?”, “Dancing With The Stars” and a national TV and print advertising campaign with Subaru.
Steve is highly motivated to succeed in a variety of endeavors, and has studied and tested how to turn this motivation into winning reality, giving him the knowledge to be a natural motivational speaker. Combine this background with his eagerness to share his knowledge and his true-to-life honesty, mixed with loads of integrity, and you get a highly enthusiastic, entertaining, and motivational speaker.
Steve Gurney speaks passionately on themes from his sporting experience in a format that allows parallels to be drawn to business. His speaking is embellished with anecdotes from his adventures, horror stories of creepy creatures and the humour found in his travels. Team Adventure Racing has given Steve interesting insights to share on team dynamics.