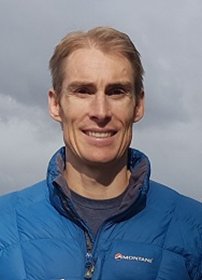 “Steve addressed 220 guests at our annual fundraising lunch. For 45 minutes you could have heard a pin drop as he took us on his journey from flat on his back paralysed to the top of the highest peaks on seven continents in the shortest time ever. The talk was heartfelt, funny and painful all at the same time. This is a unique story that has a broad appeal for the adventurous or non-adventurous among us that enjoys a yarn about an ordinary guy that holds an extraordinary world record. Stand up Steve Plain. Be entertained.”

“I thought Steve was excellent and truly inspiring - a real down to earth presentation and so humble about extraordinary achievements. His sycronisation of his own story telling and videos worked really well. And his breakdown into the the 6 key components of success resonated very well with us.”

“It was a special day when Steve agreed to speak at the first Business Person’s lunch at Cottesloe Surf Lifesaving Club and recount his story. The quests were captivated by the way he spoke and the special meaning that his story had for our club. A powerful story of how one man decided he would not be beaten. Being told he may never walk again and to then climb the 7 highest mountains in the world in record time is nothing but inspirational. ”

“Steve kindly spoke at the Fremantle Surf Life Saving Club annual State Team dinner to just over 100 club members of ages between approximately 8 and over 50. He presented the highlights of the record-breaking Seven Summits expedition using a high quality video presentation as well as adapting the narrative component to suit the clubs up and coming competition events. The presentation, emphasising the importance of preparation, teamwork, training and fun, lasted about 40 minutes and was so engaging that not one member of the mostly young audience touched their mobile phone. The club highly recommends that organisations and businesses consider having Steve onboard as a speaker. If it is inspiration, motivation or just an amazing story you are after then Steve is your man.”

Steve Plain travels from WA
Fee Range: Up to $5000

From overcoming a broken neck to climbing the highest mountain on every continent in world record time, Steve’s story demonstrates how ordinary people can achieve extraordinary results through resilience, commitment and hard work.

In 2018 Steve Plain was awarded Australian Adventurer of the Year by Australian Geographic for his record-breaking Seven Summits expedition. In 117 days, Steve reached the summit of the highest mountain on every continent, achieving his own personal goal and breaking the previous world speed record in the process.

Steve’s story is inspiring considering the obstacles he overcame before he even started. His story demonstrates how ordinary people can achieve extraordinary results through resilience, commitment and hard work.

In 2014 an accident at Cottesloe Beach left Steve with a broken neck and damaged spinal cord. With a long recovery ahead of him and no mountaineering experience to speak of, he set himself the ambitious challenge to climb the Seven Summits in under four months. Following an intense training regime and a number of practice expeditions to the New Zealand Southern Alps, the Peruvian Andes and the Himalayas, Steve successfully completed “Project 7in4” in May 2018.

Through Project 7in4 Steve was keen to give back to those who had helped him by raising awareness and funds for Surf Life Saving WA and SpinalCure Australia. With the generous support of the community around him he raised $45,000 for these organisations and is continuing work in this area as Ambassador for Surf Life Saving WA.

Entertaining, inspiring and occasionally painful, Steve will take you with him step-by-step along on his journey.

Steve’s presentations can be tailored to suit your event theme, audience and program schedule.