Print
Theo Venter’s workplace accident is extremely hard hitting with a very personal and very powerful safety message. Theo's presentation reflects on the day he was electrocuted by 22,000 volts of electricity whilst working on live power... 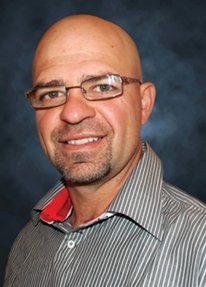 What a great presentation, from the heart’. ‘I was almost crying the whole time’. ‘That will make me think twice before taking another shortcut’. ‘I just had a guy admit a shortcut he takes from time to time, but said he won’t take it again’. ‘Just goes to show how one silly decision can change your life forever. To go through all that and then get up and talk to people about it is amazing
Regards,
Kris Klarica HSE Adviser

I can’t thank Theo enough for sharing his story with us. It had such a big impact on all our staff who attended. Theo brings home the consequences to himself and his family associated with not following procedures, in very human and emotional way. The painful journey Theo has had to travel in his recovery from his injuries strengthens the impact of his message. Hopefully many others will now not suffer an injury such as this because of Theo’s presentation.
H&S advisor - SEWL

Theo,
Thank you for taking the time to meet my workforce last week. Your story is powerful and had everyone moved. I saw some of the toughest nuts in my team physically and emotionally moved by your life changing events. The passion you enthuse is riveting, and there is not a single member of my team who didn't take away their own personal insight.
Of all the things I could thank you for, the shear fact you have used your adversity to try to help others learn is the most significant. Please accept my most sincerest thanks for your commitment to making the world a safer place. I have no doubt that you have and will continue to make your mark in Australia and beyond.
Well done. Regards
Tim Lloyd - Thiess Services
Theo Venter travels from WA
Fee Range: $5001 to $10000

Theo Venter was an electrical lines man and has worked in the high voltage trade for the last 23 years.

After leaving his home country South Africa, Theo; his wife and three children immigrated to Australia where his trade was in high demand. Soon after his arrival in Australia Theo started work as a contractor working on a major electricity network.

Theo’s story revolves around the day he thought was going to be ‘Just another day!’

On “just another day,” he was asked by his employer to repair a power pole which had been hit by lightning. He was having trouble loosening a nut on the pole and decided to remove his gloves. At this point, an insulator fell and when trying to catch it, Theo’s hand hit the 22,000 volt power line.

Theo faced a true fight to survive – no-one had ever survived a 22,000 volt electrical accident while working on overhead lines before, and the impact wasn’t just physical. He also had to cope with depression and thoughts of suicide.

Fortunately, he was able to fight back and relearn how to do everyday tasks that the rest of us take for granted.

Theo’s story is one of courage, determination and brutal honesty. Theo’s presentation is a plea for all workers in high risk and low risk areas to follow critical work place procedures and personal protective equipment requirements whilst carrying out daily work tasks.

Theo and his story have touched the hearts of many Mines, Electrical, Live Line Workers and many other Resource and Business Sectors throughout Australia, New Zealand and Africa.