Print
Well-known finance commentator Tom Elliot regularly appears on the ABC’s ‘Insiders’ program, Channel Nine’s ‘Sunday’ program and Channel Ten’s ‘The Project’.Tom completed a Bachelor of Commerce at the University of Melbourne and a... 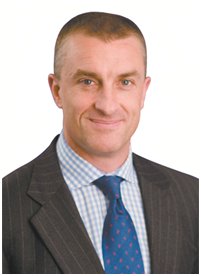 
Tom completed a Bachelor of Commerce at the University of Melbourne and a Bachelor of Arts (Philosophy, Politics and Economics) at Oxford University (UK) before entering the business world. His former roles include Executive Director of the investment bank Flinders Capital, working with stockbroker McIntosh Securities Limited, Canadian investment bank Wood Gundy Inc. and retailer Country Road.

In 2001, Tom co-founded MM&E Capital Pty Limited, a Melbourne based hedge fun, of which he is Managing Director. He is also Director of the independent wealth management firm Beulah Capital.

In addition to his television appearances, Tom is commentator on Melbourne radio stations 3AW and 3RRR.

Tom is the son of John Elliot and is married to Elise Mooney, a reporter on ‘A Current Affair’.