Print
Tony Pilkington is an entertaining guest speaker. "50 Years without a real job" is the story of a Radio Legend, the people he encountered, the personalities,the stars and the places, filled with humour and anecdotes of a remarkable career. 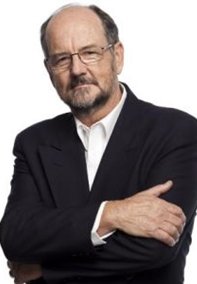 In my role as the Chief Executive of the Foodland Supermarket group in South Australia I have personally requested and engaged Tony Pilkington as an MC, function host or guest speaker on at least 12 occasions from 2006 to 2014.

The functions involved included the Foodland Annual Awards ceremony (usually attended by 500 guests), media launches for charity campaigns and consumer promotion functions. He also successfully hosted the Foodland Study Tour to New Zealand in 2013 which was attended by 250 delegates

I do know how he can engage an audience having attended numerous Industry functions, charity and sporting events in my business career.

He is well known around town for his easy going, humorous style.

In conclusion, there is no doubt that Tony is an Icon in Adelaide radio and is highly respected in all circles including media, business and politics.

His endless collection of amusing stories mixed with his natural sharp wit always engages the audience regardless of their age or gender.

Tony has undertaken the MC duties for SAPOL’s Annual Criminal Investigation Seminar and CIB Dinner since 2010.  These events have been held at the Adelaide Convention Centre with seminar guests on average being close to 500 and the dinner attendance at about 350 persons.  Speakers at the Seminar have on each year included an international speaker in addition to interstate and local speakers.  Tony has undertaken the MC duties with distinction and his style has been perfect for the event.  Each of the speakers and special guests that attend always make comment on Tony’s skills and experience as an MC.

Excellent. Tony did a fabulous job. He engaged the audience and certainly delivered warmth to the presentation. We have struggled in previous year to "engage" the audience. Tony had local appeal and personality that reality worked for this event.

Tony Pilkington OAM travels from QLD
Fee Range: Up to $5000

The “ Bazz & Pilko” show (Barry Ion and Tony Pilkington) was one of the most successful in Australia (at one point drawing 42% of the listening audience in SA). Commencing in Adelaide in 1976, he teamed with Barry Ion at Radio 5AD and then moved to 5KA before relocating to Sydney Radio 2UW in 1985 until 1993.

During their time as one of Australia’s first radio breakfast duos, Ion and Pilkington broadcast from every Australian capital. They successfully completed outside broadcasts from London, Los Angeles, New York and the first western radio show broadcast back from Moscow in 1990.

Pilko officially retired in 2010 but he can now lift the lid on a stella career spanning 50 years across Australia. Pilko has interviewed countless personalities from Hollywood stars to Australian Prime Ministers. In 2011 his successful career was recognised by his induction into the Australian Commercial Radio Hall of Fame.

Tony has broadcast from around the world including London, Los Angeles, Chicago, New York and in a world first at the time from Moscow.

Tony Pilkington is an entertaining guest speaker. "50 Years without a real job" is the story of a Radio Legend, the people he encountered, the personalities,the stars and the places, filled with humour and anecdotes of a remarkable career.

Tony Pilkington has worked extensively as MC and Guest Speaker, always with a comedic approach to his experiences, personalities met and interviewed and ‘bloopers’ committed.