Considered Australia’s leading infrastructure and development authority, Tony Shepherd is one of Australia’s most highly respected and passionate business leaders. He is also a highly influential advisor to leaders in the public and private sectors. 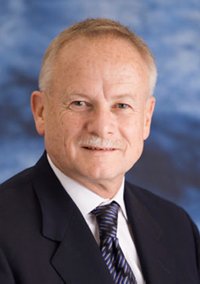 Considered Australia’s leading infrastructure and development authority, Tony Shepherd is one of Australia’s most highly respected and passionate business leaders. He is also a highly influential advisor to leaders in the public and private sectors.

Tony’s candid and brutally honest perspective on business, government, sport and politics have made him a popular and respected contributor to these industries and he has played a major role in influencing public policy and changing the face of government relations in Australia.

He has been described by former Prime Ministers as ‘a giant of industry’ and ‘a true nation builder’, comments that aptly describe a visionary whose achievements include the successful delivery of more than $15 billion worth of major infrastructure projects across Australia.

It is no mean feat to convince governments to support private sector proposals, but as former Prime Minister, the Honourable Paul Keating said, “Tony managed to get more money out of my government than any other person I can recall.” His ability to influence government and bring together the right people to deliver on his vision is simply remarkable.

Projects of note include the highly-controversial through to pioneering and city-changing projects such as the Sydney Harbour Tunnel, Walsh Bay Redevelopment, the Anzac Warship contract, Melbourne CityLink , Brisbane Airport Rail Link, Lane Cove Tunnel, Melbourne’s East Link Project and the Victorian Desalination Project. He is an advisor to Australia’s leading financial institutions, a Patron of Infrastructure Partnerships Australia and he sits on the Board of a number of Australia’s leading public companies.

Tony’s love of sport combined with his ferocious appetite for a challenge and renowned political acumen have also seen him appointed a Chairman of the Sydney Cricket Ground Trust and more recently Chairman of the new AFL Club the Greater Western Sydney Giants.

As President of The Business Council of Australia, Tony has championed changes to make Australia an economically stronger, more productive and more competitive on the World stage. As a positive sign that he was a deep strategic thinker in these areas, the Government appointed Tony as Chairman of the National Commission of Audit. The findings of the Commission were far reaching and provided a national framework for improvement.

Recognised globally for his ability to negotiate a complex deal in the face of adversity and leave everybody feeling like they have come out a winner, Tony is also a passionate advocate for the arts (he is a Director of the Australian Chamber Orchestra), indigenous affairs and the promotion of equal opportunity in the workplace.