A brilliant story teller and world class speaker, Yossi Ghinsberg shares his amazing story of survival in the Amazon to encourage, motivate and relay messages to audiences. His journey is one of determination and courage and the hunger to stay alive. 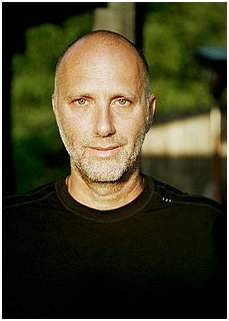 Yossi, thank you! Your story was truly amazing and your message was right on target with the entire audience.
IBM Global Services

It's always a challenge to find speakers of the right calibre for these high profile events. Your story was both fascinating and challenging. You possess the extremely rare gift of a great storyteller with the ability to create word pictures which capture the imagination of an audience and take them on a journey with you. We look forward to an opportunity to work with you again in the future."
AMP

Spectacular, inspiring, emotional, breathtaking... all of these superlatives and more have been used by delegates who were privileged to hear you. You have touched many hearts with your wonderful story and people who have now read your book following the conference keep talking about ‘this inspiring man called Yossi Ghinsberg.
Travelscene American Express

Thank you for your invaluable contribution to our recent Nokia Day conference. Your address was perfectly suited to our theme. Feedback received from the group was outstanding which can only be attributed to your ability to communicate the events you experienced whilst in the Amazon. The storytelling at the themed dinner was superb with all staff mesmerized by your presentation.
Nokia

A brilliant story teller and world class speaker, Yossi Ghinsberg shares his amazing story of survival in the Amazon to encourage, motivate and relay messages to audiences. His journey is one of determination and courage and the hunger to stay alive.

Yossi Ghinsberg is one of the worlds most loved and respected speakers. After losing his three companions, a young Israeli traveller was tested to the extreme through 20 harrowing days of sheer survival. A riveting storyteller, Yossi Ghinsberg sweeps audiences into the depths of the primordial jungle. An experience that must be heard to be believed.

His first book 'Jungle', based on this incredible adventure, quickly became an international bestseller and subject of a Discovery Channel feature length documentary called 'Escape from the Amazon'. Yossi now speaks globally the Power to Survive through unrelenting crisis and change, then how to harness vision to begin thriving in the new reality.

His keynote presentations are suited for organisations looking to inspire and motivate people toward their goals, despite adversity or unfavourable circumstances. Time and again Yossi's presentations leave people on the edge of their seats, as if they have just lived through the experience together. Yossi Ghinsberg is a rare voice of our generation who's compelling presentations are relived for years to come.

Here he gives us a sneak peek into his incredible true story.
Don’t let go of the raft! I told myself as the undertow dragged the raft along rapidly below the surface. The pressure on my lung became unbearable. God, please help me.
I thought this was the end. Then I found myself above water, the raft floating again. I jerked my head around and saw Kevin, a hundred yards or more behind me, running in my direction. Relief washed over me.
“I’ll wait for you wherever I manage to make shore!” I shouted and waved at him. Kevin couldn’t hear me, but he waved back and kept running.
Suddenly I understood where I was: I had entered the canyon and was being swept swiftly toward the treacherous Mal Paso San Pedro. The raft bounced from wall to wall. It crashed into the rocks, tilted on its sides, was tossed over falls, and swept through foaming rapids. I held on desperately, closing my eyes and praying God, God.
I landed in the water close to the bank and, wonder of wonders, felt sand beneath my feet. I could actually stand up. I staggered out of the river, unbelieving.
It was a few moments before my breathing became regular. Then my thoughts turned to my present situation. The life pack was lost, nowhere to be seen. And what about Kevin? Surely he would find me. I had seen him running in my direction. He would certainly make it this far today – or tomorrow at the latest. Yes, everything would be all right. I was sure.
I awoke stiff and hunched over, my body feeling the effects of my stone mattress. I came out of my hideout and sat studying the map. It was wet and torn, but I found the Tuichi and Ipurama rivers and the X that marked Curiplaya. I tried to use the map’s scale to calculate the distance. A large river that fed into the Tuichi was shown on the map before Curiplaya. I hoped it would be passable.
I debated whether to begin walking or to wait for Kevin. Last night’s hallucinations were still tormenting me. Kevin needed me and I needed him. We had to find each other. Together we could make it through anything. I decided to walk toward him, hoping I would meet him on the way.
I walked on for hours, calling out ‘Kevin, Kevin’, every few minutes, but I was answered only by the roar of the river below. I felt no hunger, was unaware of the pain in my feet, didn’t feel the weight of the pack or the irritating rain. I was too restless to stop; I had to go on.
Then I came to a dead end. The ledge I was walking along suddenly dropped off. Below me about two hundred feet flowed the Tuichi. The view was breathtaking. The silver river snaked through the thick jungle growth. I stood looking at the water for a long while, half expecting to see Kevin’s body swept along by the current. I had to go on looking for him. He would die without me.

Yossi spent another twenty nights along in the Amazon, Kevin did not survive, the days and weeks that followed this passage took Yossi to the very edge of what a human can stand. Hallucinations, starvation and attacks.
A few hours went by; I was in total darkness. Suddenly I heard the snapping of branches, the stealthy thud of footsteps, something coming. Fear gripped me. It’s only your imagination, I kept telling myself, but the rustling of the leaves and branches was so clear.
The fear weighed upon me; I had never been so terrified. I tried to lie back down and cover myself up, but I kept hearing sounds all around me, and my heart was pounding frantically.
God, just don’t let a wild animal devour me.

I heard the rustle again, too close and too real to ignore. I clutched the flashlight, stuck my head out of the mosquito net, and turned it on…and found myself face-to-face with a jaguar. It was large, covered with black spots. One of its paws was raised off the ground, as if it had been about to take another step. Its eyes were neither ferocious nor meek.
They were just great cat’s eyes, staring at me. The jaguar stood perfectly still; only it’s tail waived slowly back and forth.

Yossi now tours the world teaching business leaders and corporate audiences the secrets of survival and strength in an ever increasingly ‘hostile’ environment. it is his true belief, that we are all capable of overcoming adversity by tapping into our natural instincts, that drives him to share his incredible story of human fortitude with those who need it most.