…. separated from his mother only to be reunited with her 25 years later. Author of ‘A Long Way Home

…. a deep insight and experience in the fields of gender equality, diversity and inclusion. 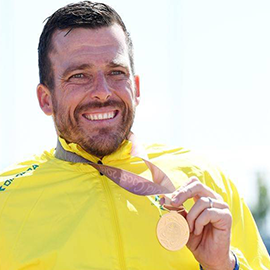 The Olympic Games are considered the world’s foremost sports competition with more than 200 nations participating. Olympic Speakers achieve the pinnacle in an athlete’s career by representing their country and their sport at the Olympic Games. The evolution of the Olympic Movement has caused several changes including the creation of the Winter Games for ice and winter sports and the Paralympic Games for athletes with a disability.

Olympic Speakers and sporting hero’s tell their story of commitment, dedication, goal setting and determination, persistence, adversity and success. The success of an Olympian motivates and inspires as only an elite few achieve success at this level whether it be the Summer or Winter games. Inspirational and motivational Olympic champions and medal winners are always a popular keynote speaker choice.

The Tokyo 2020 Games aim to deliver an event where every athlete can realise their best performance and achieve their personal best. All Japanese citizens, including Olympic and Paralympic volunteers, will employ their utmost resourcefulness as hosts to welcome visitors from around the world with the best Japanese omotenashi, or hospitality.
Accepting and respecting differences in race, colour, gender, sexual orientation, language, religion, political or other opinion, national or social origin, property, birth, level of ability or other status allows peace to be maintained and society to continue to develop and flourish.

The Tokyo 1964 Games completely transformed Japan, enhanced Japanese people’s awareness of the outside world and developed the rapid growth of Japan’s economy. The 2020 Games will enable Japan, now a mature economy, to promote future changes throughout the world, and leave a positive legacy for future generations.