Dr Kylie Moore-Gilbert shares her remarkable story after spending 804 days as a political prisoner in Iran. She was released on 25 November 2020 after struggling for more than 2 years to negotiate her release.

She is the author of the The Uncaged Sky which is an account of her unbelievable ordeal.

…. separated from his mother only to be reunited with her 25 years later. Author of ‘A Long Way Home

…. a deep insight and experience in the fields of gender equality, diversity and inclusion. 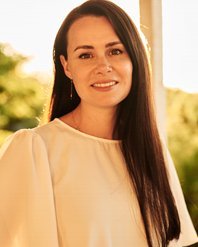 Dr Kylie Moore-Gilbert shares her remarkable story after spending 804 days as a political prisoner in Iran. She was released on 25 November 2020 after struggling for more than 2 years to negotiate her release.

She is the author of the The Uncaged Sky which is an account of her unbelievable ordeal.

An expert in Middle East history and politics, Kylie travelled to Iran to take part in an academic conference, only to face arrest at the airport on her way home to Australia. Interrogated for months by Iran’s feared Revolutionary Guards, Kylie was ultimately convicted of espionage in a shadowy trial presided over by the country’s most notorious judge, and received a ten year prison sentence.

Held for a year in solitary confinement, Kylie was pushed to her limits by extreme physical and psychological deprivation. Her only lifeline was the covert friendships she made with other inmates inside Tehran’s Evin prison, whom she communicated with through air conditioning vents and by hiding secret letters in an outdoor exercise yard. To survive, Kylie began to fight back. Multiple hunger strikes, co-ordinated protests and a daring escape attempt led to her transfer to an isolated desert prison called Qarchak to live among convicted criminals. On 25 November 2020, after more than two years of struggle, Kylie was finally released in a high-stakes three-nation prisoner-swap deal, laying bare the complex game of global politics in which she had become a valuable pawn.

Kylie Moore-Gilbert has authored several influential academic papers and has contributed expert commentary to a number of media outlets, including the ABC, the BBC, Sky News, SBS, the Age, the Australian, the Times, the Independent, Voice of America, and Iran International.

In addition, Kylie has provided advice to Australian government agencies and the Australian Defence Forces, and has lent her voice to a variety of human rights initiatives, including as a speaker to the 2021 Geneva Summit for Human Rights and Democracy and as a board member of Hostage Aid Worldwide. Following her release from prison, Kylie has been a vocal advocate for human and women’s rights in Iran, and has campaigned in support of other victims of arbitrary detention around the world.

Incarceration in an Iranian prison is “indescribable”, says Dr Moore-Gilbert. She is now available for corporate engagements where she shares candidly her horrific ordeal and the resilience she discovered to always have hope of release.